Victoria ~ Story of The Red House Chapter I

You are here:
Uncategorized 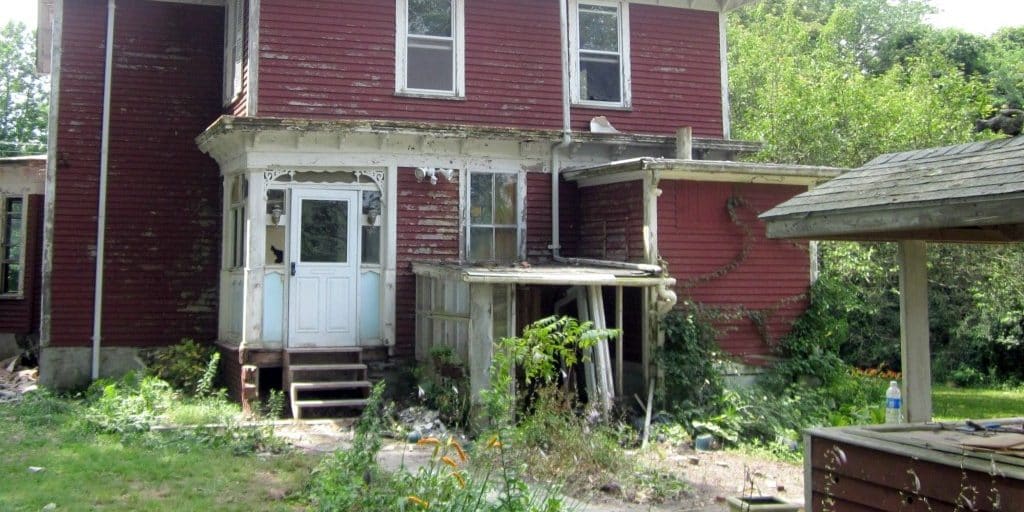 LET US INTRODUCE YOU

The house on 3152 Main Road,Tiverton, RI is a Victorian style home which, according to Town records, was built in 1875.  Since the purchase, we have affectionately named the house “Victoria”. 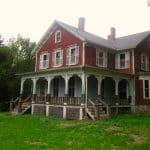 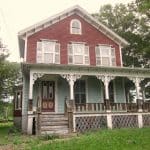 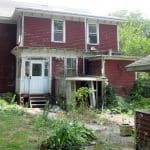 With just over 2,600sf of living area on a half-acre lot, she will undergo subtle modernization which will enhance her classic flair.  The basic layout of (9) rooms originally held 1.5baths and (6) closets. They will transform into more efficient 2.5baths and (10) closets. Finely appointed built-ins will grace her new-found shape, affording additional space, aesthetics and character.

GETTING BACK INTO SHAPE

At the time we purchased Victoria, she had been abandoned for approximately 3-5 years. The house had water damage and still held much of the original contents. A large barn inhabited a space toward the rear of the property.

It was obvious to us that the barn would need to be torn down, but we were unsure as to the fate of the house. Victoria’s ridge and fascia lines were very straight. What we could see of the basement framing was also encouraging. After spending some time with the building structure, we determined that she was indeed salvageable.  We proceeded to empty the contents and strip the walls down to the studs.  It was at this time that a structural flaw was revealed.

Years ago, a second story addition was built over the flat-roof kitchen extension.  The beam at the junction of the kitchen extension had, at the time, already carried the second floor ell at the East and ultimately, the roof above.  The added weight of the addition caused the beam to fail, causing a sag of at least 3” in the middle. 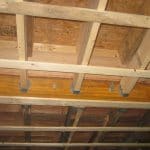 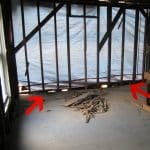 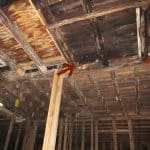 We have returned that section to her younger silhouette by removing the second story ell, installing a new beam and restoring the flat roof.  Current building code does not allow for the wider spans used years ago, so supporting beams were installed in the base thereby shortening the spans.  The existing second floor joist system was doubled to add rigidity. 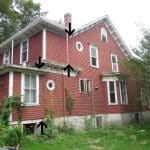 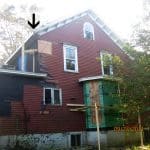 She was shaping up nicely!